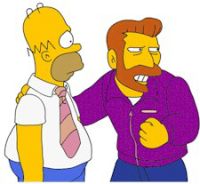 Only 30 percent of workers aged 21-30 (what we call Gen Y) would strongly recommend their organization as a good place to work.

Only 39 percent of the Gen Y workers said their boss did a good job of recognizing and praising their accomplishments. And that’s what Gen Y workers want, according to a new study by Leadership IQ.

I once worked for a C-level executive for several years (he’s now the President of a company with 9,000 employees). I worked hard for him – late evenings and many weekends.

He’d walk out of the office at 7 or 8pm on a Friday or Saturday night, walk over to where I was working and say, “Eric – you can take the rest of the weekend off.”

It was a small thing – he wasn’t given to extravagant praise. But in that one small sentence, he acknowledged how hard I was working and that he appreciated it.

A small thing – but 15 years later, I still remember it fondly.

Know what motivates your workers. You cannot motivate others – but you can find out what is their individual motivation and use that for the betterment of everyone.

Whenever I conduct a non-harassment seminar, the first several minutes usually meet with giggles and sophomoric humor from the managers I’m training. As the seminar progresses, however, the managers become more sober as they realize the impact that a harassment allegation can mean for their careers or the business they work for.

Lots of problems arise when humor turns bad. What can start as an innocent joke can often get totally blown out of proportion and turn from innocence to a hostile work environment. Here’s an article in today’s South Florida Sun-Sentinel on exactly that subject.

Managers need to prevent harassment from occurring – no silly jokes, no non-work-related e-mails and – when you see anything start, it’s your job to end it immediately.

Bottom line: There is nothing funny about sexual harassment.

Harassment is not necessarily what is said or done, but how it’s perceived.

The three taboos in social conversation are sex, religion and politics. The same taboos apply to the workplace – especially when a manager is talking with a direct report.

In this article from Ilene Wasserman on Entrepreneur.com, the focus is more on how to properly engage a co-worker in a political discussion. Her ideas are sound.

But as a manager, the easiest way to avoid confrontation and difficult feelings is simply not to discuss politics – or sex, or religion – with your employees.

Keep your workplace a forum for business ideas and discussions, and not a political forum for your own (or others’) beliefs.

The first poll about the prevalence and nature of workplace bullying in the U.S. showed 37% of U.S. workers have been personally bullied — 54 million Americans. An additional 12% of the workforce witnessed it.

While any good manager or business owner should immediately halt any issues of bullying in the workplace, it’s obvious by those numbers that it’s not happening.

Now, an organized campaign is mounting to end workplace bullying via state laws. 13 states have introduced legislation to prevent this issue from occurring – and/or to punish business owners who tolerate this behavior.

Harassment and discrimination continue to be major issues for employers. Preventing it from happening it is far easier than having to deal with it after it happens.

29 states have agreed to work with the IRS to share the results of employment tax examinations.

What this means is that employers who pay employees ‘under the table’ will be far more likely to suffer adverse consequences, since it now will be easier for the IRS & states to coordinate their efforts.

Many businesses have used a variety of methods in an effort to avoid federal and state employment payroll and unemployment taxes. They include:

It’s time to revisit your employment practices. The crackdown has begun.

The cost of employee turnover – in pure dollars – is ever increasing.

Although techniques are available to mitigate the cost of bad hires, it’s up to the hiring manager to determine whether or not a candidate can work well with others. It’s a difficult decision – if someone is highly qualified, but has an attitude – do you hire them? What is the effect of a ‘jerk’ on your team?

I once interviewed a candidate for a sales manager position. He had eight years of management experience, an MBA, and all the credentials.

Starting the interview, I asked him to tell me about himself.

“Why do you want to know? You’ve seen my resume.”

“Yes, but I’d like to hear you talk about yourself.”

“Because I’m interviewing YOU,” I said.

It went on and on, and I realized that – although this person was highly qualified on paper, he was such a jerk that my other managers and employees would eventually have serious relationship problems with him (to say nothing of me – I was ready to kill him, and it was only the first interview).

Needless to say, he was not hired.

Companies are getting much more discriminating in weeding out potential jerks in favor of finding the best fit for the company.

The U.S. Department of Citizenship and Immigration Services has revised the I-9 Form (that’s the Employment Eligibility Verification Form that all employers must have for employees hired after November 6, 1986.

There are changes to what documents may be used for proof of eligibility to work in the United States:

One of the most important facets of a sexual harassment accusation is usually forgotten – the potential for retaliation.

Every employer should have a concrete non-harassment policy in their handbook, with a receipt page, as well as a grievance procedure. The standard non-harassment policy must ensure alleged victims will not be retaliated against in any way. Should an accusation take place, the employer must respond immediately with a thorough, and unbiased, investigation.

Even when all of these issues are done, the potential for retaliation is still there. I’ve dealt with this many times. Even when the employer does everything right, if retaliation can be proven, it can be quite costly in terms of legal fees and a potential buyout or judgement.

Here’s a case from Richardson, Texas where even the slightest thought of potential retaliation has put an employer (who did everything right) back in court.

The proliferation of the internet in business is cause for concern for employers – although many will not address the issue until it’s out of hand.

Employers want and need their employees full attention during the workday, and if an employee is online shopping, or surfing, or doing anything unrelated to business, productivity drains. If other employees notice a ‘surfer’, then morale issues arise. Because what you allow, you encourage.

Without a written policy regarding internet usage in advance, it’s very difficult to enforce your desires as a manager.

Like all HR issues, the goal is to prevent issues from happening, and not waiting for the issue to get out of control.

Courtesy of the Cincinnati Post via Joyce M. Rosenberg of the Associated Press.

The proliferation of blogs invaded the workplace some time ago, but employers have been slow to put policies in place to mitigate what can (and cannot) be blogged.

Without written policies, employees can rightfully claim they were never told they can’t do anything.

Here’s a thoughtful article, from Fisher & Phillips, on steps to take when employees blog.

Get in front of this issue rather than suffering the consequences later.