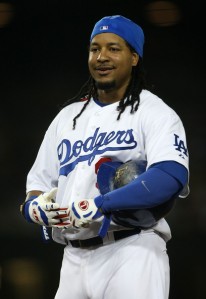 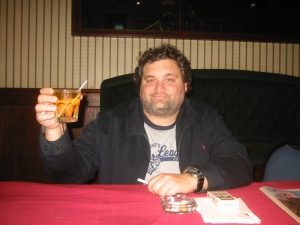 People who have amazing and unique talents fascinate me. Yet so many of those people have problems and issues that their talent can go to waste.

Do we forgive or do we forget?

Two such people are in the news these days – Manny Ramirez and Artie Lange.

Their similarities might surprise you – both have insane talent; both have battled substances; and even Lange (while you might not notice it today) was an All-League Shortstop at Union High School in New Jersey. Both are making incredible amounts of money – Ramirez, about $20 million per year for the Dodgers, and Lange – at least a couple of million a year doing standup comedy and serving as Howard Stern’s invariable foil and sidekick on Sirius XM Radio.

Ramirez’ troubles have been extensively noted. Lange has battled cocaine (and won) and heroin (an ongoing fight). Ramirez, after infuriating the Boston Red Sox and their fans with boorish antics – was literally given to the Dodgers despite his amazing offensive prowess.

Lange, who is trying desperately to get off of heroin, has missed several days of work on the Stern show; had to cancel a major gig at the Comedy Central Bob Saget Roast (ironically, it was Saget who gave Lange his comeback opportunity when casting him in Dirty Work).

The classic manager in me says they’re not worth the trouble. They should be fired or given ultimatums – clean up or your out the next time.

But the human in me recognizes how few people possess the talent that Ramirez and Lange have – Ramirez at 36 already has Hall of Fame numbers, and Lange’s legion of fans are notoriously loyal to a man who’s appetites have spawned websites such as savebabygorilla.com and artielangedeathwatch.com.

Both are tinkering with losing what’s most important to them – their core consitutency, their fans. How long can they expect to keep loyal fans with their screw-ups.

What’s worse, and perhaps what makes them more empathetic, is that I don’t think either can help themselves. It’s easy to write a blog and tell Manny no more banned substances, or tell Artie to shut up, quit drugs and booze cold turkey, and show up to work.

There are demons there, and until they are completely conquered, the demons may end up destroying a talent the precious few of us have.

If you’re a manager – do they stay or do they go? 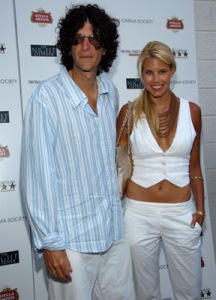 One trademark of a great leader is the ability of that person to engender loyalty among their employees. How long those employees stay with their boss is a measurement of loyalty.

An example of that is Howard Stern. Yes, that Howard Stern: the controversial radio show host. No matter what you might think of Stern’s shtick (and I for one am a fan), there’s no denying the fact that he’s a great boss, by the benchmark established above.

Despite the inevitable moments of pique or petty fighting, the fact that these (and more) people have stayed with Stern for this period of time shows they like working for and with him.

It would be easy to say that these individuals are only staying with Stern because of the lucrative compensation they receive, or the notoriety and level of fame associated with the show.

But there’s more to it than that. If an employee is truly unhappy with their boss, they’re going to eventually leave. All of Stern’s employees have had those chances – through station changes or the move to satellite radio. But they stayed, and the reason is they love their jobs. Study after study shows that happiness in the workplace is the number one reason people stay with their job.

And as the years pass, professional relationships inevitably evolve. You become used to each other’s idiosyncrasies and are able to adapt (or, get used to) the quirks of your co-workers.

In Stern’s case, his well known quirks (a penchant for timeliness, low tolerance for fools, and his fastidiousness) were once a sore spot for his co-workers. But they’ve learned how to tolerate them and indeed embrace them. Whereas 15 years ago, Fred Norris would be subjected to teasing from Howard and threaten to leave the show; today the same teasing merely evokes genuine laughter.

Of course there’s another reason for Stern’s success as a leader, and it’s a strategy that any great leader must adopt: Stern is intensely loyal to his employees. He is loathe to fire anyone, almost to a fault. And loyalty from a boss is repaid by loyalty to a boss. His people are equally loyal to him.

So – despite the antics, the strippers and the crassness – Howard Stern has built a hugely successful empire not just because of his talent, but also by his success as a leader.