I’m getting tired of hearing “it’s never going to be the same” as if the status quo and the way we’ve always done things has never changed in our lifetimes. It’s changed constantly. It would’ve changed significantly even if there had not been a pandemic.

"I wish there was a way to know you're in "the good old days", before you've actually left them." –Andy Bernard, @theofficenbc pic.twitter.com/0e9mHlWdCY

People fear change because it moves us from the known to the unknown. But change has happened consistently since time began, and guess what: it’s gonna change again.

Remember flying before 9/11? The check-in and security process changed after that, didn’t it. We got used to it, and now it’s normalized.

Remember television prior to streaming? Prior to cable? When there were only 13 channels? Or maybe you remember (like I do) when there was black-and-white only and no remote control?

Are you doing the same work you did 5 years ago? Using the same tools, communication devices? What about the people who work with you? Any of them leave in the past 5 or 10 years?

Point is, nothing is ever going to be the same again because nothing is now the same as it was before. What makes the human species (and much of nature) unique is that we adopt to change. Doesn’t mean we have to particularly like it, but we adopt.

So if you’re scared of the fact that it’s never going to be the same, get over yourself. Your success in life or school or your chosen profession is not based on whether or not there is change, but how you adopt to it. How well you adopt, how easy it is for you adopt, and what your attitude about the new world is.

It’s OK to look to the past and remember what was, but don’t live there. There is only now, and what will be.

The best lesson I ever learned on delegation came in 1997.  I was running teams for AAA (the Automobile Club) in our Burbank and Glendale offices.  These teams were comprised of outside salespeople (who sold AAA memberships, auto & homeowner’s insurance) and inside salespeople, who handled existing policyholder issues by phone and walk-ins.

Our team was a really top-performing team – probably in the top 5 out of 100 in the company in terms of sales and volume.

But the single biggest frustration I had was on Fridays.  All the big member issues, complaints and problems somehow always hit on Friday afternoons.  Time and time again, I had to intervene and handle these major complaints, and it was sucking the life out of me.  Between dealing with an angry customer, trying to navigate the corporate bureaucracy to get resolutions to the problem, and bringing the issue to  completion was exhausting, to say the least.  On a day – Friday – where I should have been spending time congratulating my team for their accomplishments, I was on hold waiting to talk to an underwriter about why a car didn’t get properly added to Mr. Johnson’s automobile insurance policy.

My boss had a suggestion.  He reminded me the team was really successful, that he knew I was working hard, so he said, “next Friday at lunch – go to the beach and take the rest of the day off.”

That sort of thing never happened at AAA back then (or, as far as I know, even today).  We were supposed to be in our offices every day from 8-5.  And remember – this was 1997.  No one really had cell phones and e-mail was a couple of years away.  I loved the beach – still do – but I was freaking out.  Who would handle the complaints? How bad would my desk look when I returned to work on Monday?

But I was grasping at straws, so I agreed.  On Friday morning, I told two of my supervisors that I’d be out of the office that afternoon and unavailable.  And, I went down to the beach.

It was not a relaxing afternoon at the beach.  Actually, the entire weekend was not pleasant: I was determined not to go in to the office on Saturday or Sunday, but was dreading Monday morning.  How many voice mails and customer complaints would be waiting for me when I returned?

And it wasn’t.  In checking with my supervisors, there were still plenty of problems.  But without me there, they simply solved the issues themselves.  Everything was taken care of.

That one afternoon off transformed my way of thinking about delegation.

That afternoon off, more than 20 years ago, is analogous to a few days off without e-mail today.  If you do it properly, it can be done.  So do it!

Ditch the old way you’ve been doing things and get back to basics.  Performance metrics should set your standard, so people will do the things you actually want them to do.

Boy, have I seen a lot of performance reviews.  They’re basically the same things over and over.  And we get an inordinate number of questions from clients asking for “a sample performance review template” they can emulate in their own business.  Many executives have always managed and evaluated this way, to say nothing of how we pay and promote.

Yet in the past few years away, there’s been a shift away from performance reviews, which is completely understandable.

The Importance of Expectations

My experience is that most e­­mployees do pretty well at hitting objectives if they know the specifics that are expected of them.

But here’s the problem: Managers and executives do a lousy job of setting expectations.

Think about it: If employees are going to be evaluated based on attendance and productivity, they deserve to understand why.  “Why do I need to be on time?  I get my work done, so why does it matter?”

Businesses do a great job of creating volumes of requirements for employees; there’s seemingly a rule for everything.  But why?  How do those requirements help us reach our individual goals?

The CFOs of the world tell us that performance reviews are necessary because they’re objective. When we attribute numbers to the results, we objectively give raises and bonuses and measure performances.

This ideology buys into what I call The Myth of ObjectivityTM.  Of course, everyone (especially CFOs) would love to see performances broken down into averages, medians, and charts.  But that’s not objective.

When a manager reviews an employee’s performance, what really creates the difference between a 3.5 and a 4.0?

Answer: nothing.  Therefore, the rating system isn’t objective after all.  And since it’s subjective, it basically defeats the purpose of having a performance review to begin with.

(Yes, I know that ratings can effectively motivate salespeople and workers with repetitious jobs such as manufacturing, but the latter will disappear soon, due to AI and robotics.)

The Best of the Best

The CEO of at an insurance brokerage firm in Pasadena, CA, wrote the best performance review I’ve ever seen.  I was sitting in a meeting with the CEO and his executive assistant, and we were reviewing our punch list.  I could tell the CEO was getting a bit impatient, so I made this suggestion: “Let’s take a break. My team can finish everything on our own.”

Greg brightened up after I made my suggestion, and asked his assistant, “Remember what your performance is based on?”  She nodded.

Now he’d piqued my curiosity.  “What’s your performance based on?” I asked her.

Then it hit me.  It was the perfect performance review!  I know many HR veterans are undoubtedly recovering from their fainting spells, but hear me out:

Melissa understood exactly what was expected of her, and she was easily able to repeat her goals.

Eight rounds of golf per month (or 96 per year)

Greg wanted to golf. It was a personal goal, and it was important to him.  [Pro Tip: If you want people to do something, incentivize them.]

For Greg, it didn’t matter how Melissa got him out on the golf course, just that she made  it happen.  So her performance wasn’t tied up in minutiae; it was solely focused on the end result. In other words, she had permission to do whatever she needed to do to get him golfing.

Melissa became a more effective assistant, because every interaction she had factored into that goal.  And she was a much more effective gatekeeper.  (“Does that person really need to have a meeting with Greg, or can I handle it?”)

Rethink your 15-page form for performance reviews.  What do you truly want that person to do?  What’s the end goal?  Can’t we simplify things, and make our objectives attainable, measurable, and real?  The answer: Yes, we can.  But then the question becomes, “Are we willing to break through the mentality that We’ve always Done It This Way?”

Over the next decade, businesses who are willing and able to change are going to become winners. Your formula for success doesn’t involve being stuck in the past. 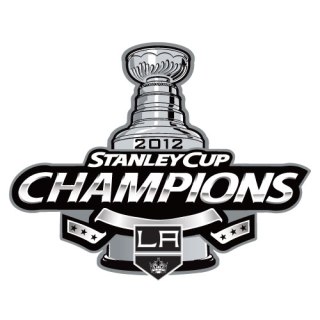 To know me is to know I’m a hockey fan. I went to my first game at the age of 8, in 1970.   I’ve been a fan of Los Angeles Kings, a team that had an unsurpassed history of futility since their  founding in 1967.  To be a Kings fan is to live with a lifetime of frustration, a lot of hope, and not much else.
This spring, however, something unusual happened.  The Kings not only made it to the playoffs, they won the Holy Grail of hockey: The Stanley Cup.  A team that was nowhere in December made an epic move through the last third of the season, culminating in an unprecedented run through the playoffs to win hockey’s Championship.

To know me is to also know I’m a fan of great leadership and management; it’s my career.  Since June 11 (the night the Kings won the Cup at Staples Center), I’ve been thinking about what the Kings did to transform their entire organization from a history of “almosts” and ‘could haves’ into a Stanley Cup champion.  And I realized that what the Kings did can apply to any manager, CEO, or business.

The leadership decisions the Kings made changed their culture and won a championship.    Culture doesn’t just happen; it must be intentional.  These are the decisions that transformed the Kings – and that also can transform your business.