Anyone who’s read this blog over the years, or who knows me personally, is aware that one of my heroes is Michael Josephson.  Mr. Josephson has commented for years on the relationships between ethics and successful, sustainable business models.  One of his greatest radio commentaries discusses “10 Truths for the Boss”, which I’ve put here:

Why is it that most employees think their bosses are at least a little out of touch? Probably because they are. Even those who worked their way to the top lose some credibility and effectiveness because they don’t recognize what I call Ten Truths for the Boss: 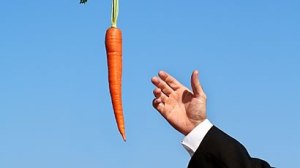 It’s always a little strange to see your thoughts in writing – especially if they’re being written by someone else.

I was recently interviewed by students at the USC Marshall School of Business – they are candidates for Master’s degrees in Leadership and Management.  The focus of the interview was how to persuade employees to see your point of view.

Here’s the paper (and I didn’t edit at all!)

Background:  Eric Swenson has over 20 years of experience in management, sales, training and marketing. He has managed hundreds of employees and interviewed over 2,000 people in his career. RSJ/Swenson LLC is a management and human resources consulting firm with offices in California and Nevada.

Interview Summary: Eric shared his insightful thoughts about the leadership and persuasion. For Eric, persuasion is a natural process and he prefers soft tactics. He is always honest to his superiors and subordinates. Eric believes that effective leaders are very expressive when they come to everybody. They are very candid and direct and these personal traits play a key role for persuasion process. According to Eric, the three most important aspects for managing up and down are communication, openness, and setting a positive tone that focuses on the end result.

Other key factors:
Decision making is a collective effort: As a leader, you have to be honest to your team members. If you found you made a wrong decision, you would change the decision. There is nothing wrong with admitting a mistake.

One of the best ways of improving morale without costs is to consider Alternative Workweek schedules.  Up until January 1, it has been most difficult to implement.  However, California law regarding alternative workweek schedules have been eased somewhat as a result of AB 5.

Alternative workweek schedules allow non-exempt employees in a “work unit” to work in excess of 8 hours per day without incurring overtime. (California law includes a daily overtime requirement.) Generally, an employer may propose AWS work schedules of up to ten hours per day (12 for healthcare workers). Hours in excess of 10 per day, or 40 per week are overtime. Typically employers propose schedules consisting of four ten hour days or a “9/80” schedule. Special procedures describe advance disclosure and a secret ballot election prior to implementation of the AWS.

The AWS can apply to a “work unit” within a company, rather than to all employees. Previously, the Labor Code did not define “work unit,” although state regulations included a definition. The new law defines a work unit as “a division, a department, a job classification, a shift, a separate physical location, or a recognized subdivision thereof.” The amendment also clarifies that even a single employee may qualify as a work unit as long as his job function meets the definition.

In setting up an AWS, an employer may propose a single work schedule, or it may propose a menu of work schedule options for workers to select. Can the “menu” include a traditional 5 day week for those employees who do not want to work longer days? The amended law clarifies that the menu options may indeed include a regular schedule of five eight-hour days in a workweek. Consequently, employees who do not wish to work an AWS schedule may still vote in favor of the AWS by choosing to work the regular 8 hour day. This change greatly increases the odds of achieving the 2/3 employee supporting vote need to implement an AWS.

…or so says Roxanne Emmerich, author of “Thank God It’s Monday: How to Create a Workplace You and Your Customers Love.”I have no reason to disagree with her.

In this economy, there are fewer employees doing more work.  And for those employees who are unhappy – and there are legions – there are no other jobs to get.

While the economy begins to recover but job creation a long long way away, it’s time to find out what to do in order to improve morale in your workplace.

Give ’em training, self-improvement courses, or survey your employees to find out what they want.

When this economy recovers, the last thing you’ll need is to have all your employees looking for another job. 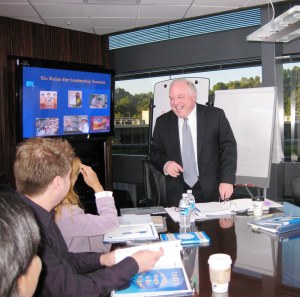 Most managers get that role because they’re the hardest worker; the best salesperson; or the smartest person in the office.

But those traits don’t translate into being an effective manager.  That’s where screening, development, and – most importantly – training – comes into play.

A new article in HR Executive Online discusses how and why to get managers properly trained as well as establishing metrics for success.

And yes, I’m quoted in the article.

Thanks to Scott Westcott and HR Exec Online

Last week, I gave a presentation in Las Vegas on what I perceive to be the significant trends for managers and leaders during the last half of this year – check it out! 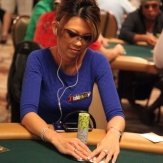 Last Friday night, I spent an hour watching (sweating, in poker parlance) a professional poker player in a tournament at the World Series of Poker. It ended up being a lesson in how concentration works in different ways.

Liz Lieu has been a professional poker player for several years; she’s won tournaments and had top finishes at other prestigious events. (As a side note, I love watching poker – it’s one of the ultimate ways to study people).

You would expect a professional to have incredibly focused concentration; to talk little and always watch other players at the table and how the hands unfold. Not Liz. She had her I-Pod on (several people tell me that an I-Pod improves concentration; that’s never been my experience). At every chance (mostly when she was out of a hand), she was on her PDA – twittering and texting. People, mostly other pros, came over to chat and she was gracious and funny with them.

And, by the way, she was winning!

What I also noticed was when she was involved with a hand (or before she even saw her down cards) – she was intense. Behind those sunglasses (the photo, courtesy of Poker News, was taken the day I was sweating her), she wasn’t missing a thing. She saw the reactions of her competitors as they looked at their cards – what they were betting, etc. Her face gave away nothing, but she was seeing and processing everything.

What does this have to do with management?

Just as some people work better with a messy desk than a clean one, people have differences in they way they concentrate best. It’s a temptation for a manager to insist on a clean desk, or tell an employee to take out their I-pod earpiece. But it’s the wrong temptation as long as an employee is performing well.

It’s the role of a manager to foster an atmosphere where employees can flourish and perform at their best level.

Although there’s no way I could play in a poker tournament while doing all the things Liz does, what she does works best for her. Remember that when the temptation strikes with your employees. 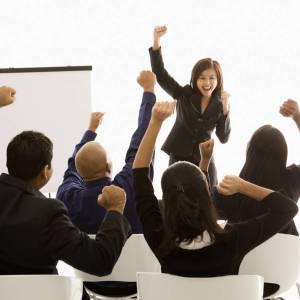 In the down economy, with layoffs all over the place, its critical for management to take steps to maintain and improve morale of their existing employees. After all, you need your existing employees to do more now that there are fewer people to do the work.

How do you increase morale when budgets are so tight?

The key is constant, frequent, and candid communication with employees. They deserve to know what’s going on and what you’re doing about this frightening economy.

An excellent summation (including, thankfully, the call for transparency and communication) is found in this Wall Street Journal post about a case study at a company in Boston – Greenough Communications.

I’m in the middle of conducting a Leadership Development Program for a company that is young. And their managers – 11 of them – are really young: the oldest is 29 and the youngest is 23. What’s more – none of them have had management training before, so it’s been an interesting experience for all of us.

Prior to conducting the program, I asked them what they most wanted from their training. Here are their answers:

A pretty good list – and, I think, not just limited to Gen Y Managers.

Perhaps the easiest part of reducing expenses is cutting back on staff. Because the next step – “What Do We Do Now?” is extremely difficult.

What Do We Do Now? You have fewer employees but need to have the same or better performance.

Hopefully, when reducing staff, you took the first important step which is to identify those employees who are capable of doing more and retaining them.

In identifying employees who can do more – look at attitude (desire) and aptitude (ability). Communication (as always) is key – those employees are going to be doing different things and more of them.

The employees who stay need to understand why they’re there and what their role is.

Employees who stay after a layoff are even more valuable now. There is some guilt (why did I stay and my friends have to depart?), a lot of trepidation, and no small amount of concern and fear.

It’s up to the employer to alleviate those concerns and allow the business to move forward.